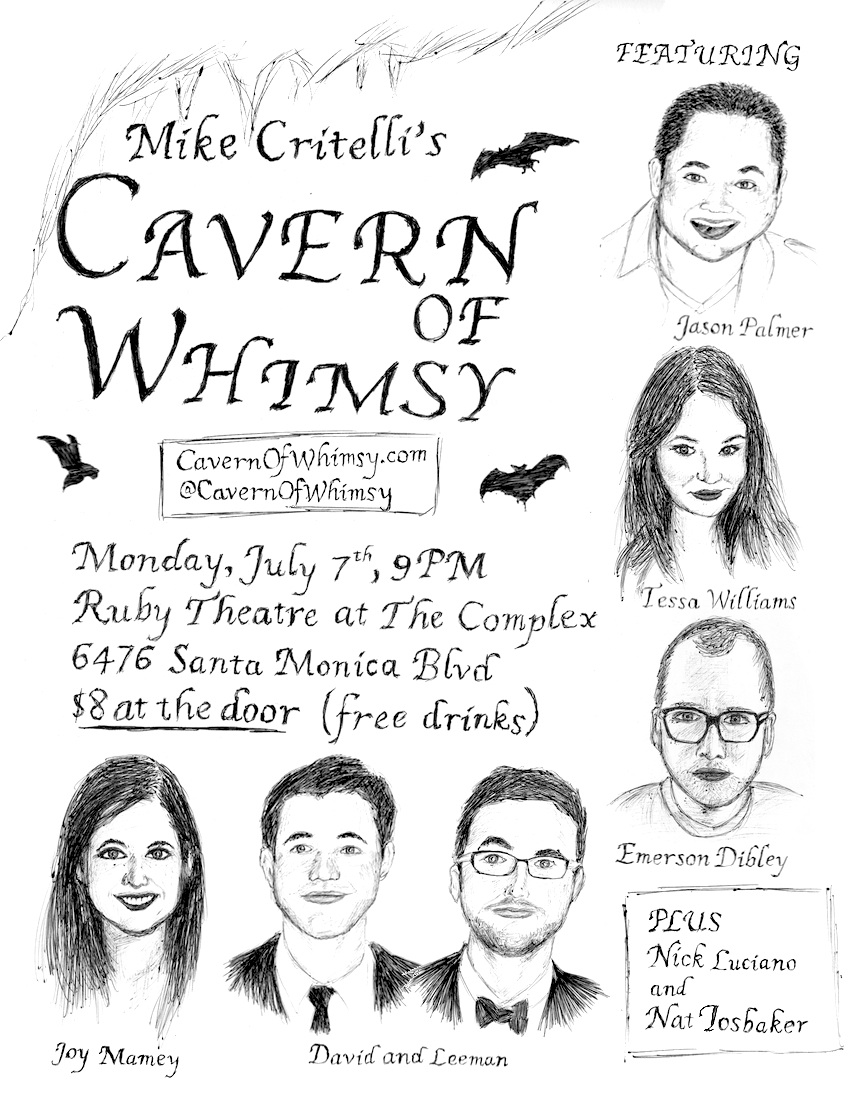 This one nearly drove me insane.

The poster, I mean.

I spent a few hours this weekend sketching, plus another six last night. After my girlfriend made me aware that the performers might actually care how they’re portrayed on the promotional material (sorry Matt Noonan and Mike Trehy of “Well Done“; I know you don’t really look like that), I got kind of obsessive about it. Hopefully no one is deeply embarrassed this time.

Joy Mamey is a performer at ComedySportz and iO West. July 7th she’ll bring her guitar and regale us with a little light musical comedy.

Jason Palmer, Tessa Williams, and Emerson Dibley are three of my favorite improvisers from the LA indie scene. We’re going to try out a new format together — which will be, in fact, a blatant ripoff of an old format — live!

David and Leeman (or David & Leeman) will be fresh off an award-winning run at the LA Fringe Fest and a network TV debut on America’s Got Talent. Look them up. I should be shot for asking them to do a show with tickets this cheap.

Plus, Nick Luciano debuts a new character and Nat Iosbaker does something live I’ve only ever seen once before, on a recent trip to Thailand.

Plus, even more whimsy from me, Mike Critelli.

The facts are on the poster, and here:

At 9:00, Monday night, July 7th, at The Ruby Theatre, inside the double doors at The Complex, on the right, Cavern of Whimsy will begin, again.

Arrive 20-25 minutes early to grab a seat and a free drink. I’m not kidding. The first show started late but this one won’t. It can’t.

Much like AmPm®, we’ve got ‘Too Much Good Stuff!’™