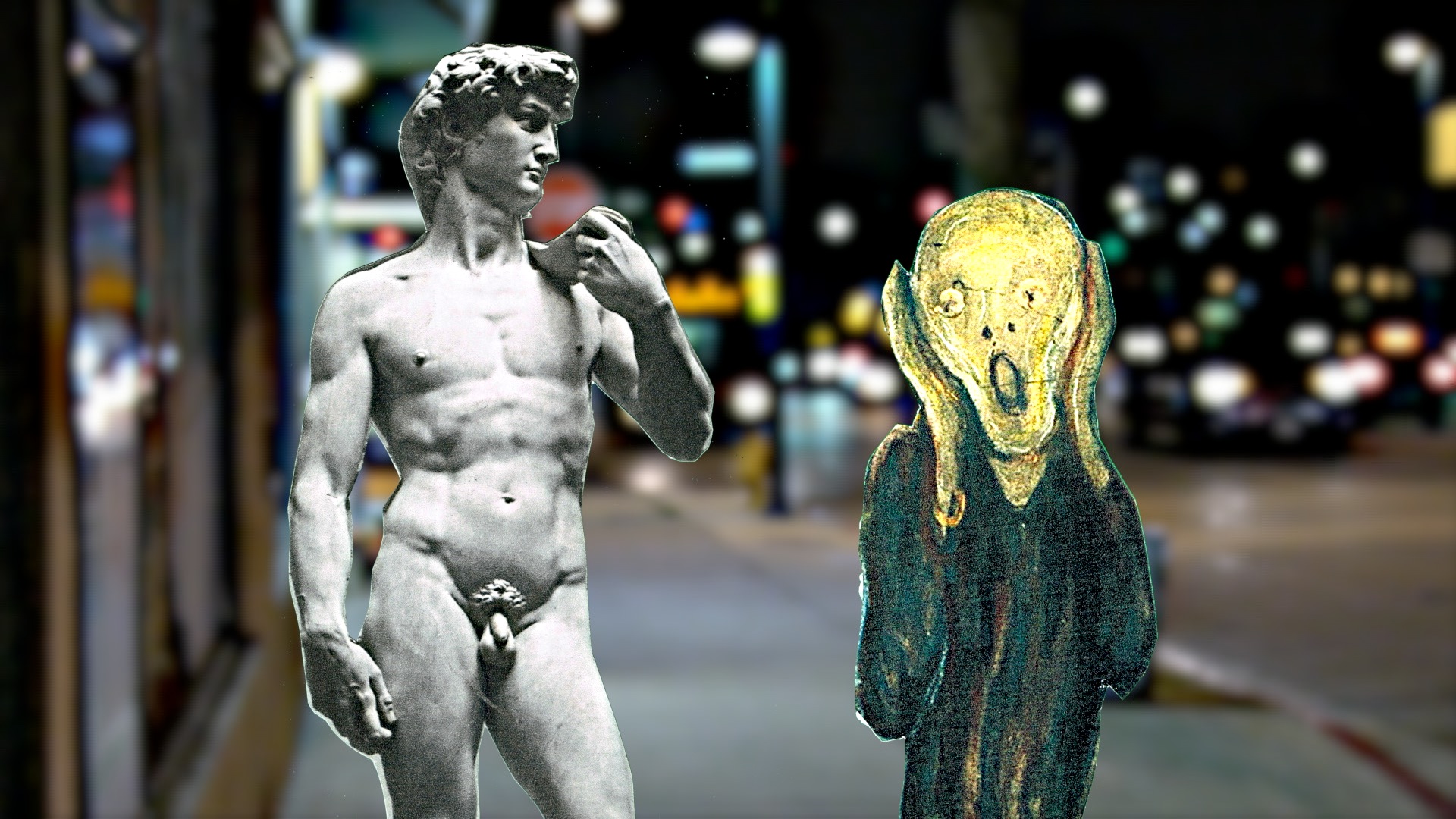 When I created the above animated short, “Art Imitating Life,” I didn’t realize it would reflect the tone of the entire show: confrontational and bizarre, the audience really not knowing what’s about to happen next.

My second LA Slideshow Tour through Van Nuys was fun, but the show truly began when Natalie Palamides interrupted her own introduction by bursting through the side door as a giant, dying worm. (That’s all I’ll say. If you get a chance to see Natalie live, do it.)

– “Art Imitating Life,” which I figured would seem completely reasonable after whatever genius Natalie had concocted.

– A fun set by Power Up! that began with a backyard seduction involving “unsweetened lemonade” (raw lemon juice) and an extended riff about non-alcoholic alcohol companies refusing to take business because they think it’s always a prank. (“You idiot! Nobody likes Martinelli’s that much.”)

– A second episode of “It’s All Mike (and a bag of chips.)” For an audience who hadn’t seen the first one, I can’t imagine what it was like to witness me arguing with a giant bag of potato chips that openly expressed its hatred of due process and other American freedoms during a discussion of Edward Snowden.

– The lights dimmed for a performance of “Evil,” a solo dance by Kistina Pressler choreographed by Alex Floyd. The music, by Gian Trinidad — part of The New Historians and accompanist to Marie Clare Halpin for Cavern #8 — set an eerie tone for a piece inspired by, and inspiring, horror.

– Finally, eschewing the microphone setup and standing right at the edge of the stage, Hughie Stone Fish played a few originals, a folk cover, and a mash-up of original guitar and lyrics from Notorious B.I.G.’s “Gimme the Loot.” (The biggest surprise of the night, to me, was the audience’s reaction to Hughie introducing the Notorious B.I.G. song: “This is California!” What, is the East Coast / West Coast hip-hop rivalry not dead yet?)

To paraphrase Johnny Carson, it was weird, wild stuff. Can Cavern of Whimsy get weirder or wilder? On April 6th, we’ll find it.