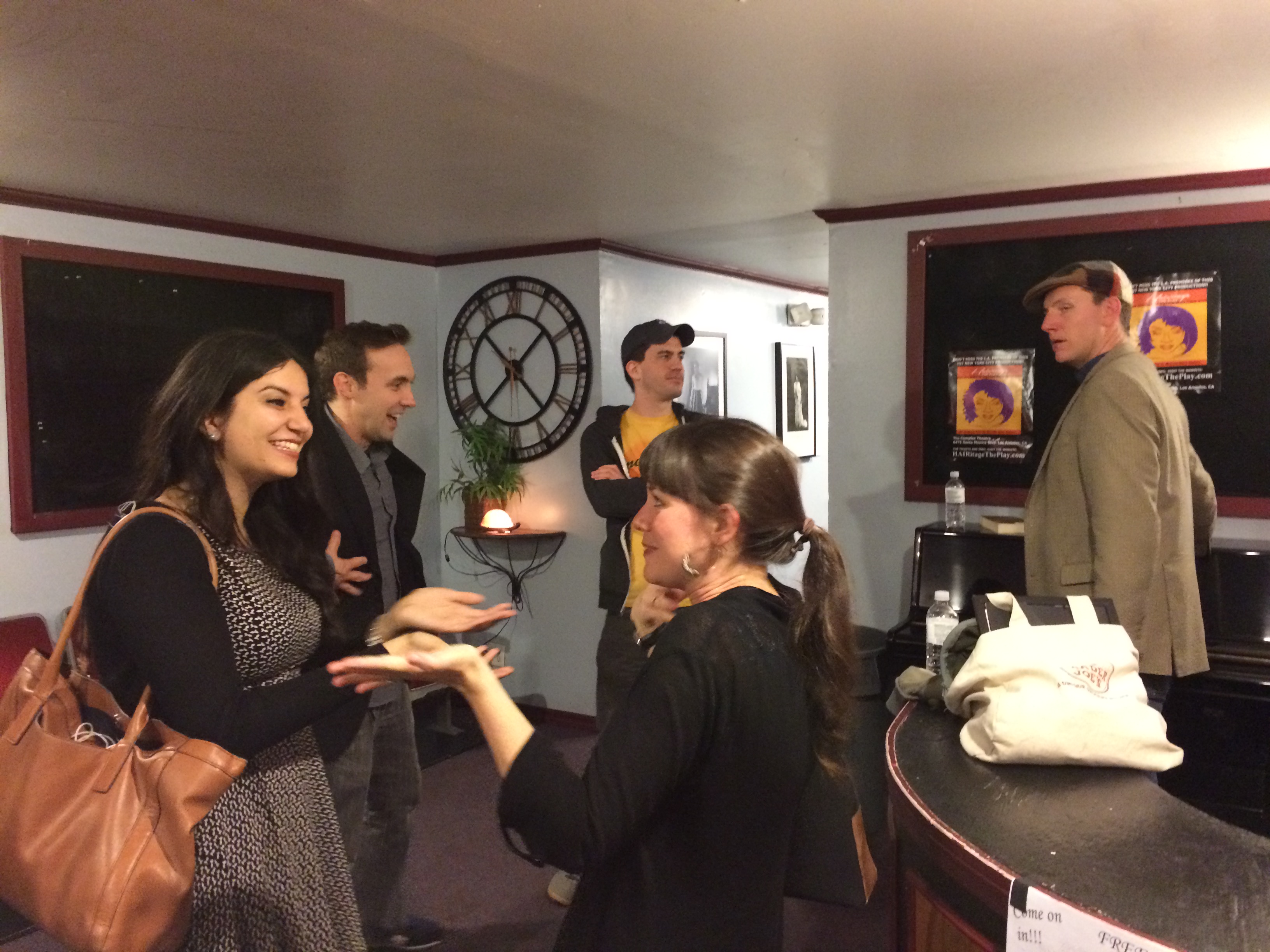 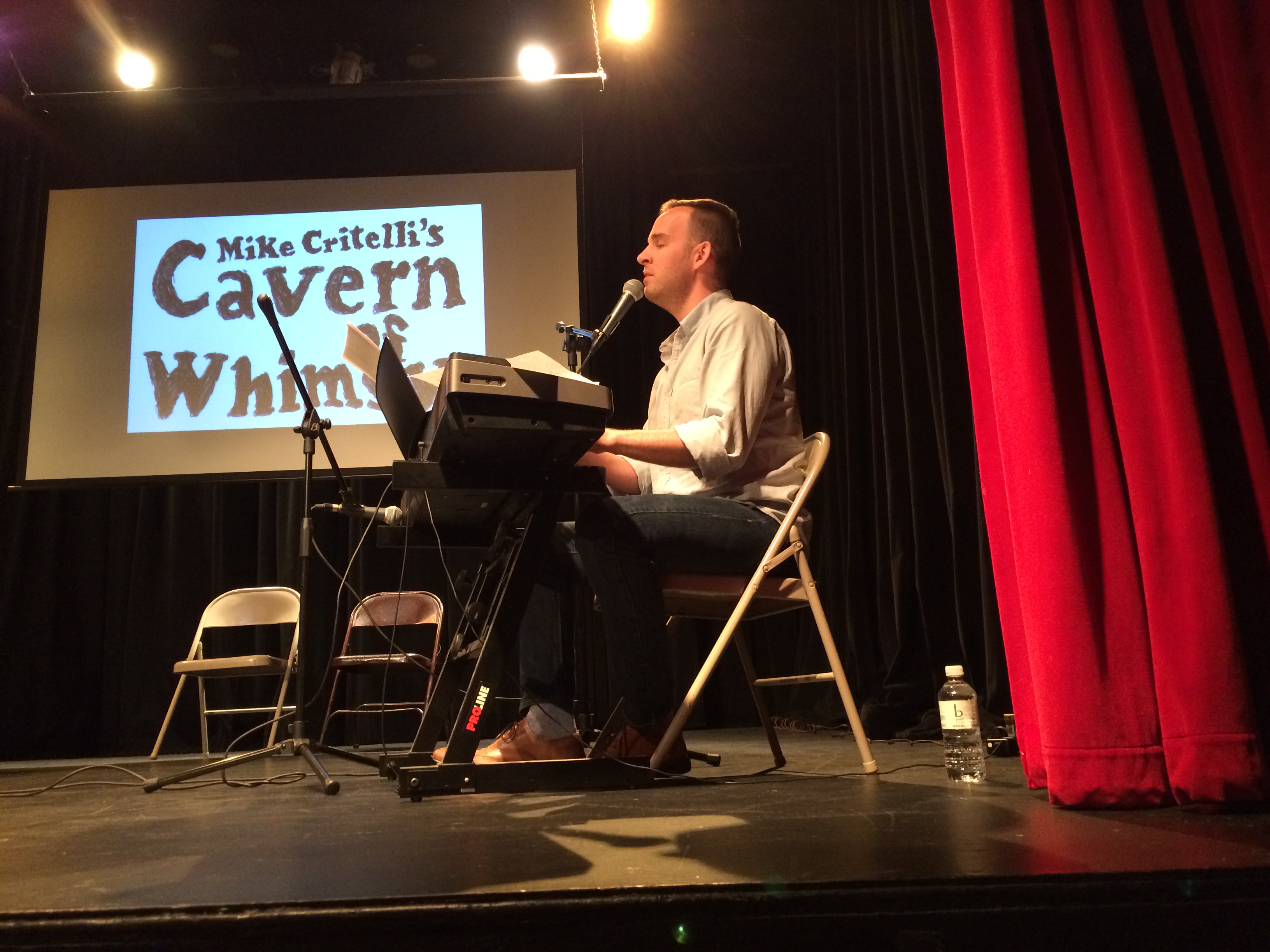 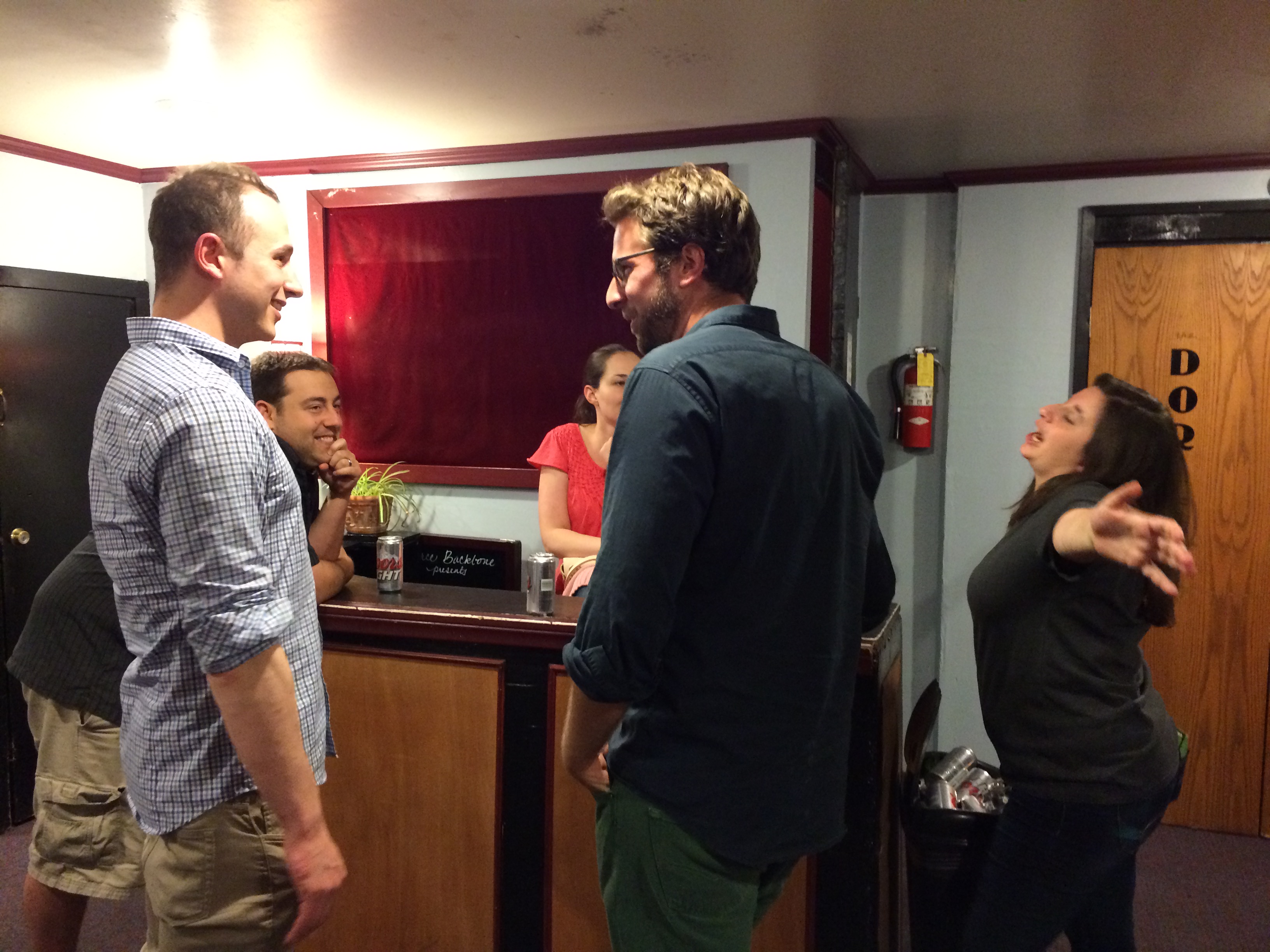 Whenever someone asks me my favorite novel, I hesitate — because it’s embarrassing to always have the same answer — then say, “Stoner, by John Williams.”

The title is the last name of the main character, it’s not a spoiler to say Stoner dies at the end because it says he will on the first page. It’s how he dies. After a lifetime enduring hardships dotted with glimmers of joy, one thought keeps recurring on his deathbed:

What did you expect?

Let’s be clear: no one died at Cavern of Whimsy #12. I jokingly made a pre-show playlist of songs with the words “goodbye” or “the end” in the title — one exception, John Denver’s “Leaving on a Jet Plane,” still made me laugh out loud when I heard it droning through the theater door — but as I said toward the end of the night, “this wasn’t exactly Johnny Carson leaving The Tonight Show.” It’s the final Cavern of Whimsy, but what does that really mean? Every new beginning comes from some other beginning’s end.

(Damn, I forgot to put “Closing Time” by Semisonic on that pre-show playlist!)

The show started with an extended intro highlighting some of the best moments from past shows. Then, because someone from the theater left a standalone door on the stage, probably from a play involving a door, I entered from my usual spot, walked up to the stage, and entered a second time through that door.

– The final SoCal Slideshow Tour, a greatest hits highlight of the funniest sights in all of Los Angeles, had the crowd rolling with laughter almost continuously for a full 20 minutes. That’s not an exaggeration. I have it on video. I’ll probably spend the rest of my career trying to replicate that reaction.

– Clyde McFly came on in character as my two Italian Uncles, then reprised their roles as Dave and Paul of Well Done and themselves in a new edition “Loggia on Loggia.” They even brought back an old favorite, Norm, the hilariously downtrodden hardware store owner. Fantastic.

– After establishing that Pete Mutino had just flown in from New York and might be jetlagged, Pete killed, talking about his first impressions of LA, how to make tons of great gay friends (“Step one: be a theater major in college. That’s it.”), and the invention of cheese. Then I embarrassed him, and myself, by showing one of the first sketch videos we ever made, ten years ago as budding comedians in the suburbs of Connecticut. Ah, memories.

– Speaking of memories, I put together a quick slideshow of my worst artwork from the Cavern of Whimsy vaults, the stuff that didn’t even make it onto the posters. Comparing my renderings of Clyde McFly (AKA “Well Done”) from the most recent poster to the first, it was deeply gratifying to see how far I’d come in just a year. (Because I sucked.)

– Finally, Mike Miller serenaded the audience with just an electric piano and some all-time favorite songs, from Randy Newman to Whitney Houston. He was so good that Mike from Clyde McFly asked him, after the show was over and we were out in the lobby, “Hey, tell me if I’m overstepping my bounds, but how about we get back in there and you play a few more? Because I could listen to you all night.”

How did Cavern of Whimsy #12 end? After thanking the audience and giving one final shout-out to Jill in the booth, I waved goodbye and exited through that fake door onstage. After a long beat, I stepped out from behind it, saw that everyone was still seated, and yelled, “Hey, the show’s over! Get the hell out of here!”

What did you expect?